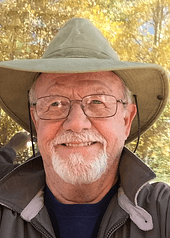 Neal Johnson has an extensive and unique 45-year background as an attorney, banker, educator, business consultant and entrepreneur, both internationally and domestically.  He has had a most interesting career, during which he has served in such widely diverse positions as President of a community bank, President of the New Mexico Bankers Association, District Governor of Rotary International, founding dean of a graduate business school with classes in Hong Kong and the Philippines, co-founder of the first western style bank in the former Soviet Republic of Kazakhstan and one of the negotiators on the military portion of the Panama Canal Treaty.

In addition, Neal has taught both graduate and undergraduate courses within the USA and internationally. He has an impressive array of academic credentials (PhD, JD, MA-ICS, MPA and Graduate Banking Degree), which allow him to bring both a practical and academic perspective to his teaching.

He teaches in a wide array of subjects related to Christian mission, international development, global economics, business and banking, entrepreneurship, law, and globalization.

Neal has a long-standing passion for Christ in the marketplace; speaks, teaches, and preaches, both domestically and internationally, on transforming communities globally through Christian business and entrepreneurial education; and has authored a major textbook on that topic, Business as Mission (BAM): A Comprehensive Guide to Theory and Practice (InterVarsity Academic 2009).

Neal has traveled in over 70 countries and lived in 10; pastored a church in northern Italy; served on the mission field in Italy, The Dominican Republic, Brazil, Guatemala, and El Salvador; planted a church in Kazakhstan where he preached for three years; and served on the Boards of Directors for missions in Armenia, Moscow, and Latin America.

Since an early age, Neal, like many of us, has had a driving passion for and fascination with the movies! He has educated himself on the realities and demands of the film industry through numerous workshops, film festivals, conferences, and symposia, including the Sundance Film Institute in Park City, Utah, where he studied under Director and Screenwriter Oliver Stone (Platoon, JFK, Midnight Express (Academy Award), Scarface and Born on the 4th of July).

Neal has written several screenplays with his writing partner, Toni Haas (it is definitely a collaborative art form!). They have won top regional honors on their scripts, the latest being a compelling script on the human and faith struggles of a Navy Chaplain in the midst of the Vietnam War.

During the past several years since publishing his BAM book, the movement for Christ in the Marketplace has literally exploded globally. Because of this, Neal has discerned a compelling need for the Movement to reassert the basics, both business and mission, on which it is based.

Accordingly, he has written a worthy sequel to his earlier book: Business as Mission (BAM) in a Nutshell - All the Basics: The Essential Road Map for Christian Entrepreneurs. This book is a wholly fresh, new perspective on BAM, Entrepreneurship, and faith-based Community Development. It is also quite unique in combining all three topics (and much more) into an easy-to-read, single, inexpensive textbook for Christian business schools, their students, existing BAM practitioners, and those entrepreneurs who are being called to do BAM.

Neal is a native of New Mexico and, after all of his extensive travels, says that he has “come home” to Pagosa Springs, Colorado from Southern California.