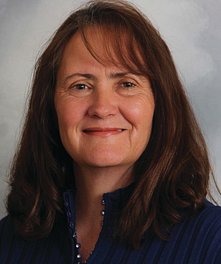 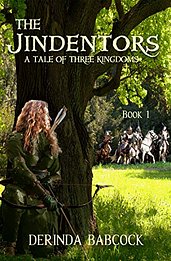 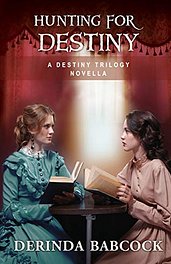 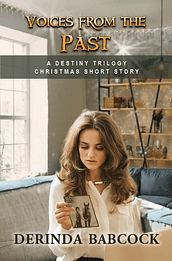 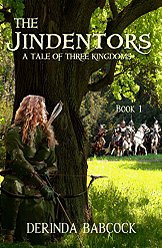 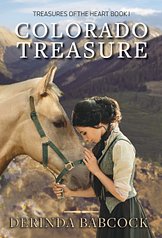 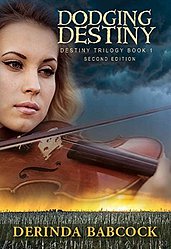 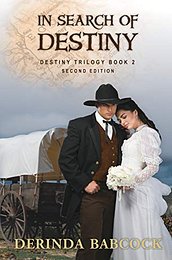 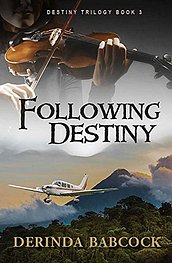 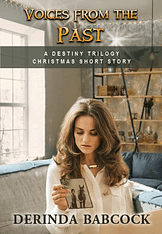 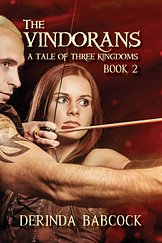 Nightmares of her parents’ deaths fifteen years earlier haunt Victoria’s dreams. During her search for clues, she discovers she has a paternal aunt and uncle in Denver who may be able to shed light on the mystery of her parents. Against the wishes of many, she travels from the safety of her life on the Texas Panhandle to Denver, and then on to the booming mining town of Silverton, Colorado, to find answers.

Antonio “Tony” Morales fears for Victoria’s safety. Travel in the late 1890s is fraught with danger, and he is afraid if Victoria leaves she won’t return. His fears multiply when he discovers one of Denver’s leading crime bosses believes Victoria’s parents left her a map to Spanish Gold. When Victoria sends for her palomino gelding, Dorado, and writes of her desire to visit her parents’ gravesites, Tony decides enough is enough. He has no intention of letting her go without him.

Who are the near-mythical people called the Jindentors?

Trezlandians and traders from the neighboring countries of Vindor and Binrom call them the Invisibles or Melting Ones and believe they can turn into rocks, trees, or birds of prey. A few whisper they are descendants of time-travelers.

Keena Listor is a Jindentor master healer, a skilled archer, and a trader with a drive to visit all the continents and islands to find medicinal plants. War stymies her plans and forces her to choose between healing an enemy soldier or killing him. Her decision changes the course of her destiny.

Lexie Logan Garrett is unprepared for the contents of a package she receives just before Christmas. Descendants of the people she left in 1857 have contacted her! How could anyone born more than one hundred fifty years in the past know of her existence? Why would they want to communicate with her?

Keena Listor of the Jindentors of Trezlandia is now the wife of Velarian Ernaut, Captain of King Galien's elite guards and former enemy of her people.

As she travels toward Vindor with her new family, she knows she will be hated because of the physical differences that identify her as a foreigner and becaue of her refusal to worship at the altar of idols, but she hopes to postpone the conflict until she is established in her new home.

Though King Galien and Crown Prince Terric honor her for her part in saving Vindorans from death by famine, she is not foolish enough to believe the king can command the hearts and minds of people whose loved ones died by Trezlandian swords.

Velorian wonders if the pressures and frustrations of living in a culture so different from her own will strain their marriage to the breaking point. will she, as his mother fears, decide the Jindentor forests and cliffs are more suitable for raising their children and return to Trezlandia with them? Will he leave everything and go with her if she does?

Crafting Stories that Entertain and Inspire

Lexie Logan thought she could run from God and, like the prophet Jonah, experienced a life-storm of epic proportions. As she waits to speak to an advisor, she pillows her head on her arms in the library of Kansas State University in June 2014, and wakes up in the back of a Conestoga wagon in June 1857, four years before the Civil War. Kansas is not a state, women do not have the vote, and slavery divides the nation.

Lexie Logan didn't realize how much influence she had yet the people she left in the past made life-changing decisions based on their belief in her knowledge of future events.

Because of Lexie, Jim and Edna Bell decide to leave their comfortable home to face an uncertain future and the dangers of the Oregon Trail. Others travel the Trail with them because their belief in her is so strong.

Because of Lexie, Mary Bell Johnson knows her future will be impacted by the ugliness of the Civil War, yet she chooses to remain in Kansas with her husband knowing she may be widowed and left to raise her sons alone.

Because of Lexie, two brothers choose different sides of the conflict: one wears Union blue, the other rebel gray. As the war drags on, each wonders if he will survive the carnage to return home to rebuild a new life, or if he will die by his brother’s bullet.

Who is Lexie Logan?

Leah Johnson, Betsy West, and twins Rachel and Sarah Johnson were not born when Lexie disappeared from the lives of their parents more than twenty-five years earlier, yet the Bells, Johnsons, and Wests still whisper about this mysterious woman when they don't think others are listening.

Even Matthew Bell and the former slave, Peter, refuse to answer questions about her. The girls' determination to find answers and solve the riddle of Lexie Logan lead them to an answer both shocking and unbelievable.

Time-traveler Lexie Logan returns to the twenty-first-century after three months spent in 1857 Kansas territory. Will she obey the call of God on her life and go to Guatemala, or will the fear of serving in the most dangerous country in the Western Hemisphere cause her to run again?