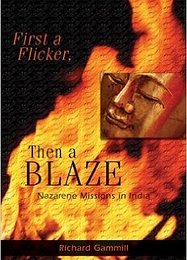 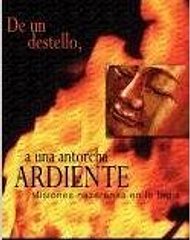 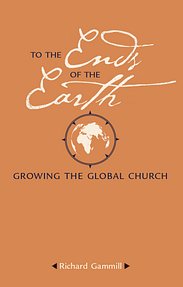 To the Ends of the Earth - Growing the Global Church

"How far can the gospel spread in the face of social injustice? When the Holy Spirit works, obstacles become opportunities, and the Good News reaches far beyond any earthly barriers—to the ends of the earth. These Christians discovered just that in their miraculous journeys with God. Though each story is radically different, each demonstrates God's relentless love for the lost. In these unforgettable testimonies, you will glimpse how God grows His church through those who live out His Great Commission."

First a Flicker, Then a Blaze: Nazarene Missions in India (2010)

Nazarene Publishing House says Richard Gammill takes us through the extensive history of Nazarene mission work in India. His love for God's mission is expressed artfully in his narrative, pulling together some of the stories of how God has moved in the world of India and South Asia through nearly a century. Gammill has skillfully woven together the story spanning several generations of Nazarenes. Covering much of the geographic area in South Asia, he tells real stories of faithful missionary and pastoral families to escort us from the initially slow growth of the church to its current, rapid expansion.

(First a Flicker, Then a Blaze: Nazarene Missions in India), Nazarene Publishing House.

Richard is a retired Nazarene pastor and author who moved to Pagosa Springs in September, 2014 after living eight years in Texas. He previously lived in Southern Colorado where he founded New Hope Church in South Fork in 1999. He has written three books on missions published by the Church of the Nazarene. His son is a missionary/businessman in India and Rich has travelled extensively in that country.

For five years he was active in North Texas Christian Writers, bringing his writing to several small monthly writers’ groups and taking a number of writing seminars and workshops.

He is currently at work on several book projects, both fiction and non-fiction and contributes to "A Matter of Faith" in the Pagosa Springs Sun.

Rich is one of the three co-founders of Wolf Creek Christian Writers Network (WCCWN).